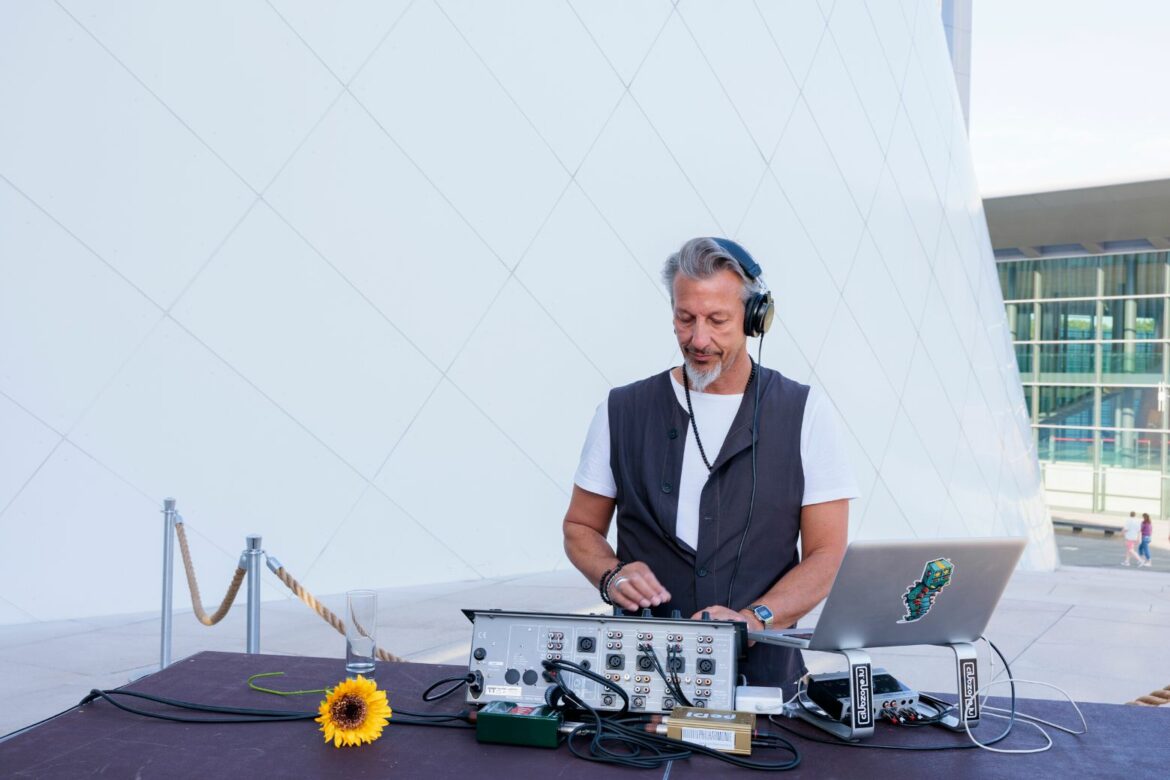 3 Days – 5 Stages – 60 Concerts – 600 Musicians! From June 24 to 26, the Fräiraim celebrates Luxembourg’s music scene. For three days, 600 artists perform on six stages inside and outside the Philharmonie. The whole family can enjoy a full variety of musical genres, from pop and rock, jazz and electro to classical music – a festival transcending geographical, but also musical borders. And last but not least, no tickets are needed, and it is free!

In terms of square kilometres and inhabitants, Luxembourg is not among Europe’s giants. The country’s cultural diversity, however, is high, especially in its music scene. Since the concert hall’s inauguration, this scene has occupied a central place in the Philharmonie’s programming. Originally planned for June 2020 in celebration of the Philharmonie’s 15-year anniversary, the festival can finally take place in 2022, giving artists from the Greater Region, professionals and amateurs alike, an even bigger platform. The audience can look forward to many highlights on all the stages and spaces of the Philharmonie, and of course on the Place de l’Europe as well.

Since the Festival had to be postponed twice due to the pandemic, Stephan Gehmacher, Director of the Philharmonie, is particularly pleased that it will finally take place in June: «Every time, it is impressive to witness how inventive and committed the various artists in Luxembourg – amateurs and professional musicians alike – are. Actively and steadily, they shape the Luxembourgish music scene. That is what we want to celebrate, placing the Philharmonie exclusively at the service of artists from Luxembourg and the Greater Region for a weekend.»

Sam Tanson, Luxembourg’s Minister of Culture, is also enthusiastic about the initiative:

«For many ensembles and groups, their performance at the Philharmonie is certainly a highlight before the summer, one they have prepared for months. This work should be celebrated, and I am delighted that so many musicians will be able to showcase their abilities on the main stage. They are part of our music scene, and I wish them all, and the Philharmonie too, a successful music festival.»

60 concerts, plenty of styles. The range of styles represented in these 60 concerts is nearly unlimited. The impressive organ at the Philharmonie meets power chords by metal music performers; Celtic harp sounds mix with jazz guitars. The human voice is also represented in many different facets: from classical to modern, anything the ear could desire can be found. Whether small chamber music formations or large orchestras with 100 members – all the offerings are designed for the whole family. Anyone wanting to actively join in is equally welcome: Best of Karaoke.

Apart from the well-known stages at the Philharmonie’s Grand Auditorium, Salle de Musique de Chambre and Espace Découverte, the Foyer and Salon Philaphil also host performances. Outside, there will be a Lounge and a large stage on the Place de l’Europe. The music event takes place in cooperation with the Yumm Festival, a food truck festival organized by the Fonds Kirchberg – ensuring culinary diversity and satisfaction as well.

Further information and the detailed programme can be found here: frairaimfestival.lu