Naturpark Our, wild beauty in the High North 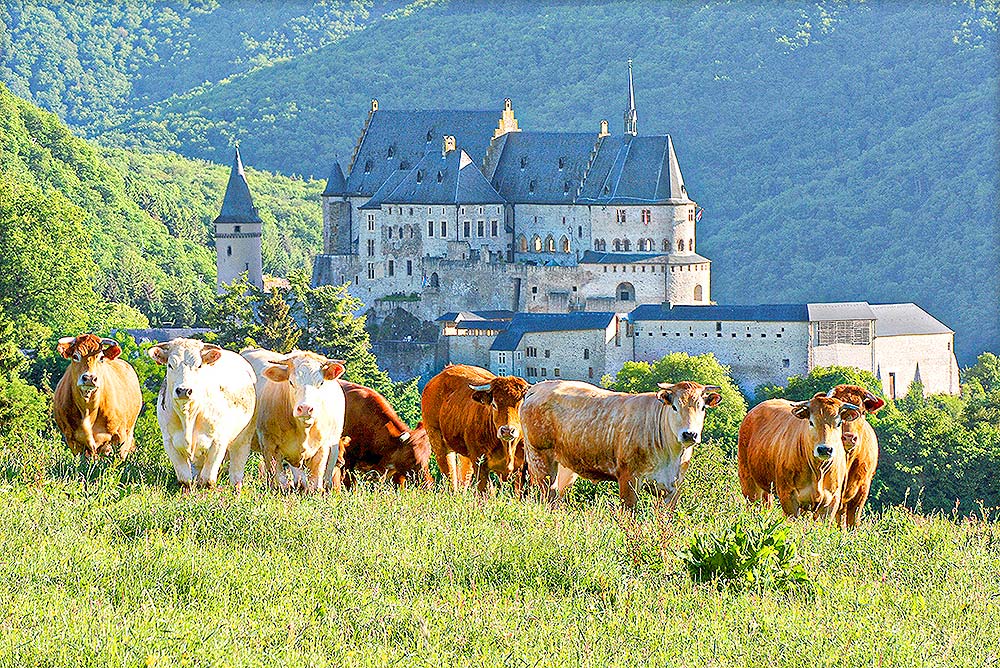 The nature park Our in the Ösling region, in the north of Luxembourg, is the ideal destination for lovers of walks, nature, and culture. The small nature reserve offers an impressive variety of landscapes and culture. The rivers Our, Wiltz, and Klerf form romantic valleys among the rocks and crags. Spectacular castles and exhibitions, such as “The Family of Man” in Clervaux castle, contribute to the special cultured experience of the nature park Our. There is always something new to discover. How about a visit to a sound-hiking trail? Or a tour of the old train tunnel with its bats?

Across Europe there are only a few opportunities to see bats on discovery trails. It is quite unique to be able to observe them in an abandoned train tunnel. An experience you will only find in the nature park Our. Measuring 790 metres, the tunnel Huldange is the longest in the entire Duchy. The beautiful Vennbahn cycling path, one of the longest in Europe, runs along the abandoned train tracks over 125 km in total, from Aachen southwards through the delightful low mountain range of the Eifel, Hohem Venn, and the Belgian Ardennes to Troisvierges.

“Here above all places, in the Naturpark Our, one discovered 13 different bat species while build- ing the cycling path along the former train tracks,” says the director of the nature reserve, Christina Kayser enthusiastically. We follow the path “Fledermaustunnel Huldange” (Tunnel of Bats, Huldange), that has existed since 2015, together with the nature photographer Raymont Clement. Christian Kayser tells us that since the closing of the train industry in the tunnel near the village of Huldange, rare bat species, unknown to Luxembourg, have made the place their home.

BATS IN THE SMUGGLER’S LAIR

The image (on the right) shows the impressive insect hunt of a brown long-eared bat. This species of bat likes to overwinter in tunnels, caves, or, as in the Naturpark Our, in a retired train tunnel. A typical forest dweller, the brown long-eared bat likes to use tree cavities, but also attics, as their summer lodging. On the nature reserve, the bats find their ideal hunting grounds in deciduous, coniferous, and alluvial forests. Many bats, such as the Brandt’s Bat, often cover great distances on their hunts. Shortly after sundown, the animals leave their sleeping quarters and fly to their hunting grounds that can be up to eleven kilometres away.

Christian Kayser tells us about the hard work on the Huldange tunnel in the 1880s. The building took two years. Iron ore was mostly transported from Luxembourg and Lorraine to the steelworks of the Ruhr area. However, the tunnel also offered smugglers of cigarettes, and especially coffee, a very lucrative way into Germany.

A further historical highlight in the Naturpark Our are the old stage coach pathways. The pathways in Ösling and Eifel are not specifically marked as walkways or hiking paths, instead they are themed paths. Since 2016, guides in costumes take on the role of various 16th century characters. Whether dressed as postmasters, mounted postmen or women, millers, or mercers, they take their visitors on a journey through the imperial state post Thurn-und-Taxis. The visitors thus experience a playful interpretation of all the astounding happenings that took place in the former post station in Asselborn. The guides are held in Luxembourgish, but the tourist information Arzfeld also offers parallel German tours.

SCHOOL OF GOOD TASTE… AND SOUND

For a long time, Naturpark Our has been paving the way in matters of climate protection and ecological farming. (Read our article in this issue about the 0 km-climate-pact-plate.)

The nature reserve is also involved in matters of taste education, and in 2007 initiated a holistic project called “Ecole du Goût.” In this school of taste, producers, restaurateurs, individual traders, and consumers experience a meal together using all their senses, encouraging joy and curiosity, and an awareness for sustainable food culture.

A delight, not for the tastebuds but for the ears, awaits visitors in Hoscheid. Here, a six-kilometre-long sound-walkway invites to listen to nature with a deep awareness among an enchanting countryside. Artists from within and without the country have created sound places through their sound sculptures situated within the fascinating countryside that invite to discover, listen, and make music. The Hotel des Ardennes and the Café Annette in Hoscheid offer a free so-called “sound-backpack” which contains acoustic surprises for the various sound stations.

Environmental protection plays a vital role in the Naturpark Our – as it does in the cities of the region. The picturesque town of Vianden, of which Victor Hugo once raved about, is, with its medieval town centre and mighty castle, a tourism highlight in the Our Valley.

The garden park “Homericht,” renovated a couple of years ago, now invites to linger once more, and offers from its allotments and orchards a wonderful, far-reaching view onto the castle.

You can also admire the roses that the gardeners have planted in reference to the Luxembourgish tradition of growing roses in the park.

My small trip through the Naturpark Our, which started with the bats in the former train tunnel, now, surprisingly, ends at another tunnel. A lovely way to get to the centre of Vianden is through the tunnel “Gagull,” which continues the historic path out of the city towards the southwest. It leads us directly back into nature, past orchards dotted with sheep. In order to protect biodiversity, the old trees are not cut down as their trunks offer protection for many animals. The little owl lives here and many small insects. Something that our bats will surely like a lot.

The sound-walking path is a rewarding trip for families and schoolchildren. Register with the Syndicat d’Initiative Hoscheid (Tel.: +352 621 767 604) for BBQ snacks during your trip.

An anti-waste act: free fruit for everyone!

A jazzy weekend in Dudelange