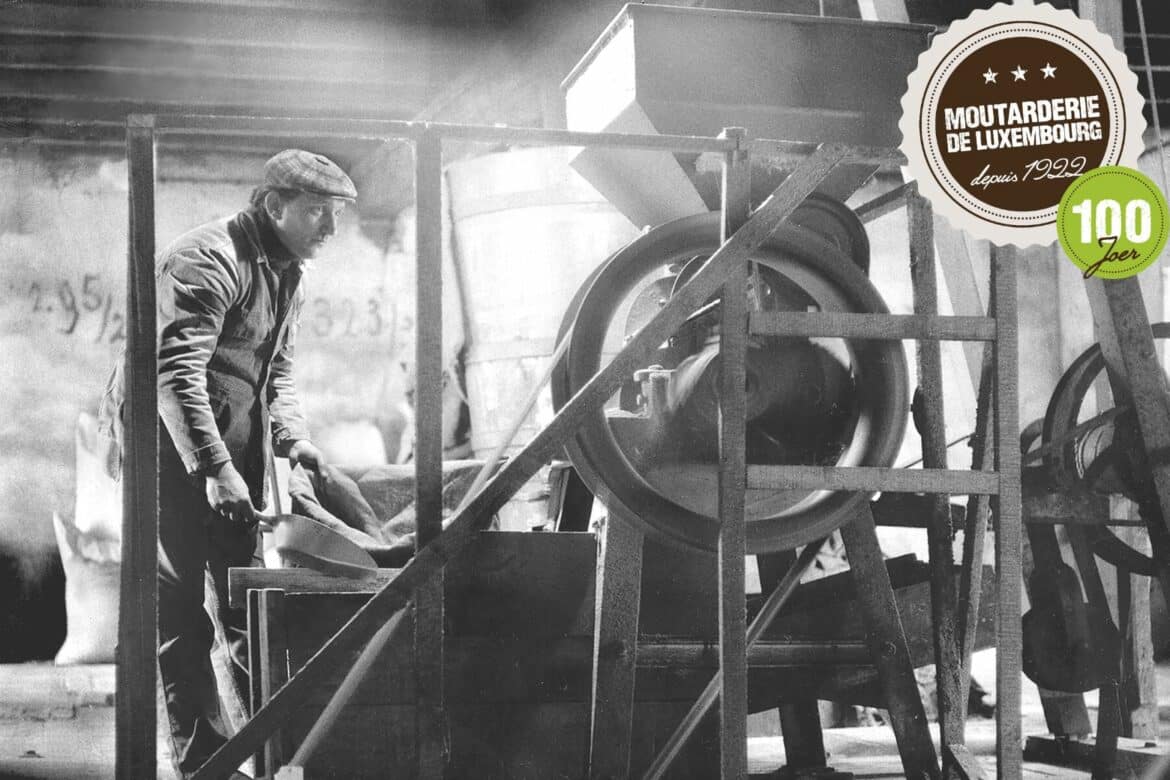 The Moutarderie de Luxembourg is celebrating its 100th anniversary this year, an opportunity to look back on its history.

The history of the Moutarderie de Luxembourg began in 1922 in the Mohrfelsmillen, in Pfaffenthal, a flour mill dating back to 963 in which “Moutarde Luxembourgeoise” was produced. A few years later, in 1950, the family company Munhowen Distribution, which had been specialising in the marketing of drinks since 1908, also began to produce “Royal Mustard.”

The histories of these two establishments converged in 1976, when Raymond Munhowen bought the brand of Moutarde Luxembourgeoise Mustard sales in the Grand Duchy then rapidly doubled and production was transferred in 1986 to the premises of Établissements Munhowen Distribution.

Producer of mustard, mayonnaise and cold sauces “Made in Luxembourg”

With a team of only 9 people, the family business, currently run by the 4th generation, is well known for its “Original Mustard.” The range of products has expanded over the years and now includes 13 mustards and sauces with the “Made in Luxembourg” label, all produced locally in the factory located in Munsbach since 2008.

To satisfy everyone’s tastes, mustard is available in four variations: semi-strong, strong, old-fashioned, and organic mustard (marketed under the “BIOG” brand). In 1993, the Moutarderie began producing mayonnaise, which comes in three varieties: the classic “egg,” “lemon” and “old-fashioned.” Since 2015, ketchup and Andalusian sauce have been a big hit with customers, and the BBQ sauce, which arrived in 2018, has had the same success. On the eve of its 100th anniversary, the Moutarderie expanded its range with three new sauces: Aïoli, Cocktail sauce and Samurai sauce. All products are made from quality raw materials and contain no preservatives or gluten.

Attention mustard lovers and collectors! To celebrate its 100th anniversary, the Moutarderie has designed a stoneware mustard jar with a very vintage look. This special edition is available in participating shops and on the Moutarderie’s online store while stocks last.