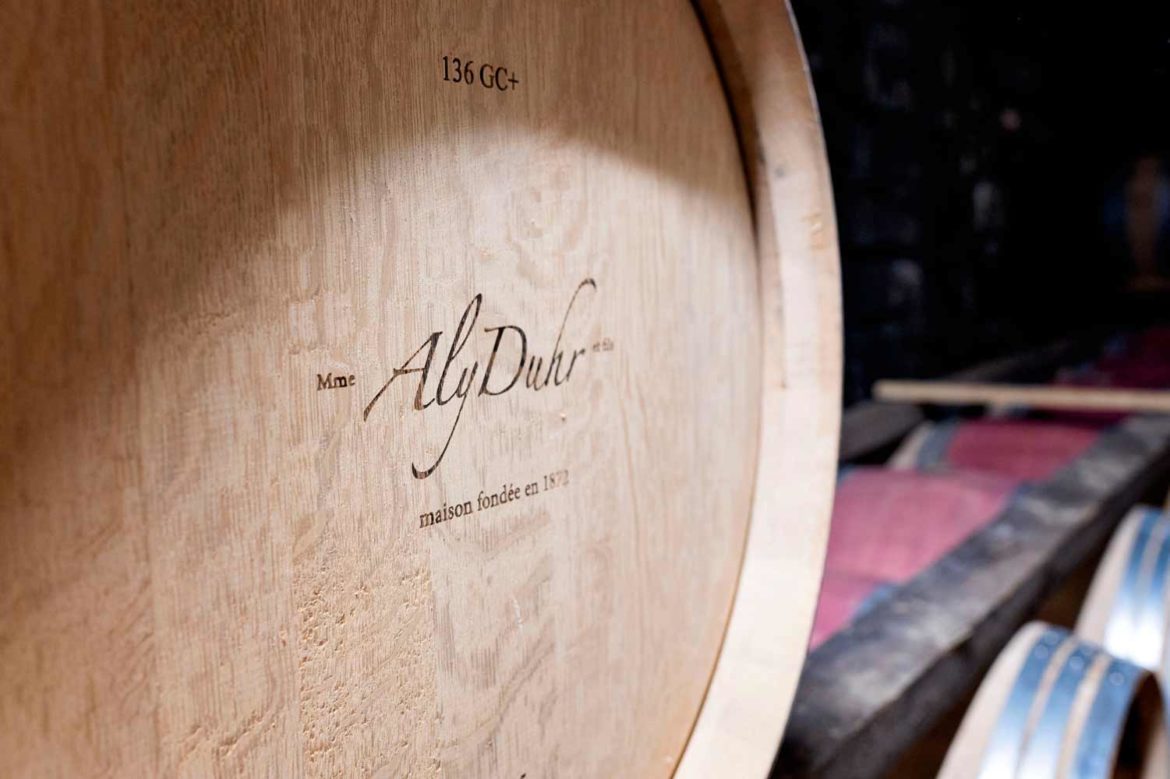 Ben and Max Duhr took over the vineyard belonging to their family when they were young. They have experienced success in developing wines with a clear profile and high recognition value.

The recent history of the vineyard, founded in 1872, starts with the tragic death of Léon Duhr in December 1999. Sons Ben and Max were then but fifteen and eleven years old. The option to take over the business one day was on the table but “there was no pressure”, Ben Duhr insists. Their grandmother Nelly – Mme Aly Duhr – took over the business for a while. This was a decision that she had to make once before in her life, for her husband Aly had also died young.

Ben and Max decided quite quickly to take over the business together: “Our grandmother had faith in us. We could put our ideas into action, without other people butting in.” A family tradition was helpful: “Affairs such as the distribution of land and properties were handled fast, so that there was clarity for everyone,” Ben underlines. Since December 2014, both brothers are part owners of the business, which is registered as a public company.

„We tried a lot of different things and put some ideas into action, while others were let go. Why should one change what produces results?“

Ben and Max were quickly accepted as competent vintners and experts. Ben studied viniculture and oenology in Geisenheim and Bordeaux, while Max trained viniculture in Vienna and Luxembourg. Since the early 2000s, the German cellarmaster Karl-Heinz Wintrich assists them. Their uncle, Abi Duhr, who operates Château Pauqué and is internationally renowned as oenologist, is not involved in his nephews’ business. But, “we taste each other’s wines, for an extra opinion gives assurance.”

Today, it is Max’s job to look after the work on the vineyard as well as the wine tasting on the estate. Ben is responsible mainly for the logistics, the clients, the book keeping and office work. Over time, the Duhrs have developed the style of their wines further and “orientated themselves on the market” and so won many young customers.

Wines with a distinct style

The business made an important step 15 years ago by forgoing herbicides. Over the last few years, wines have been developed somewhat drier, “as long as the meteorological conditions allow it.” “We tried a lot of different things and put some ideas into action, while others were let go. Why should one change what produces results?” Ben asks rhetorically. Their Barrique wines are fermented naturally and the Riesling wines spontaneously. For other varieties and for Crémant, they always use the same yeast, “in order to preserve the stylistics.” The Barrique wines are fat, dense, and long-lasting; the Riesling wines are unbelievably fruity, often with a hint of honey and, at the same time, earthy. The Pinots are very rounded and velvety. One of the specialities of the house is the development of white wines in Barriques. After a first attempt, the Cuvée 1983 was introduced onto the market. This wine is still produced today, as Cuvée Barrique – 80 percent Pinot Blanc and a touch of Auxerrois. Later, Barrique red wines were added, such as the Cuvée Bueden (Auxerrois, Pinot Blanc, and Elbling) and Monsalvat (Chardonnay and Auxerrois). “In the last couple of years, the demand for these kinds of wines has risen considerably,” Ben Duhr says happily. Meanwhile, the Cuvé Barrique is produced in considerably higher quantities than any other wine of the Domaine Mme Aly Duhr.

For reasons of space, the machinery and the stock of bottles are stored in a newly erected facility from the end of last year. The construction of a new, modern wine tavern is in the works, to be situated in a new wing adjacent to the existing house. The Corona crisis could delay the project, however. “We will have to wait and see how the situation develops in relation to the economy in general, and in particular the effect on the wine business.” On the other hand, Ben Duhr hopes, like all Luxembourgish producers, that the crisis might induce people to try more regional, local products. “This tendency was already on the rise before the crisis,” the vintner asserts. 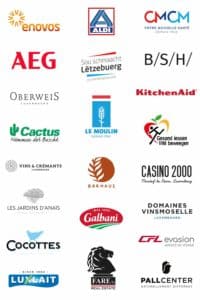