A second life for “banana-plastic” 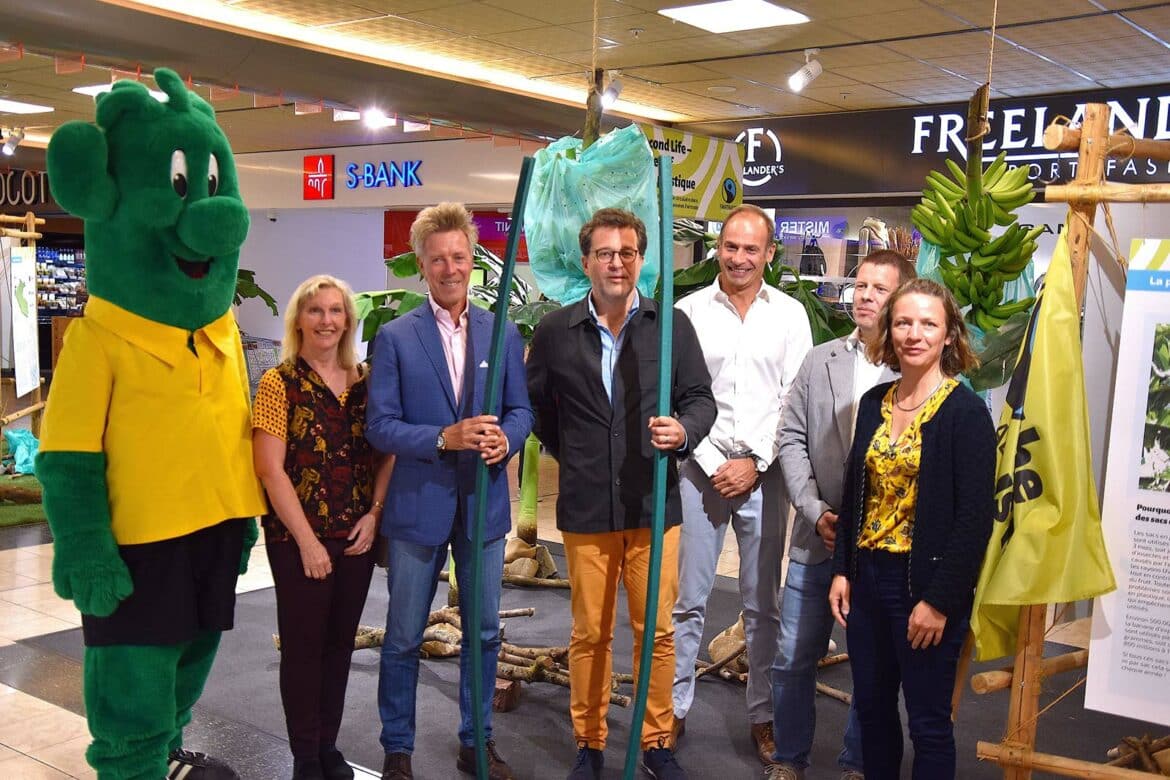 A new pilot project has been launched by Fairtrade Lëtzebuerg, in co-operation with Cactus Luxembourg and Shopping Center Belle Etoile. For their 30th anniversary, the Fairtrade NGO decided to target plastic waste right at its root: recycling plastic bags covering banana plantations.

To contextualize: Peru is one of the leading countries for banana exports. In order to protect the produce from infestations or any environmental damages, they wrap a bunch of bananas in big, blue plastic bags for roughly 3 months. When they tear apart, people usually bury, burn or throw them away. This procedure however, is highly unsustainable as each year, banana exports consume an estimated 400 tonnes of plastic.

Think about it this way: If you sewed all 1.50m long plastic covers together, they could leave a trail around the world 30 – 40 times, every year!

As such, the society named ECOBAN S.R.L., which includes 2 Fairtrade co-operatives of Peruvian banana exports, was created just over a year ago to ensure the good function of the pilot project. With their help, local agents were able to build a recycling center to transform the blue plastic covers into corner angles for future banana boxes. Bye Bye plastic bags!

Indeed, this pilot project could influence associations and companies to take on similar approaches, strengthening a circular economy in developing countries. This will also be documented at the exhibition entitled ‘Second Life – Objectif Zéro Plastique’, where historical ties between Cactus Luxembourg can be witnessed, the earliest being the opening of the bio banana Fairtrade in 1999. The exhibition will take place between the 8th and 24th September 2022, in honour of Fairtrade Lëtzebuerg’s 30th anniversary.