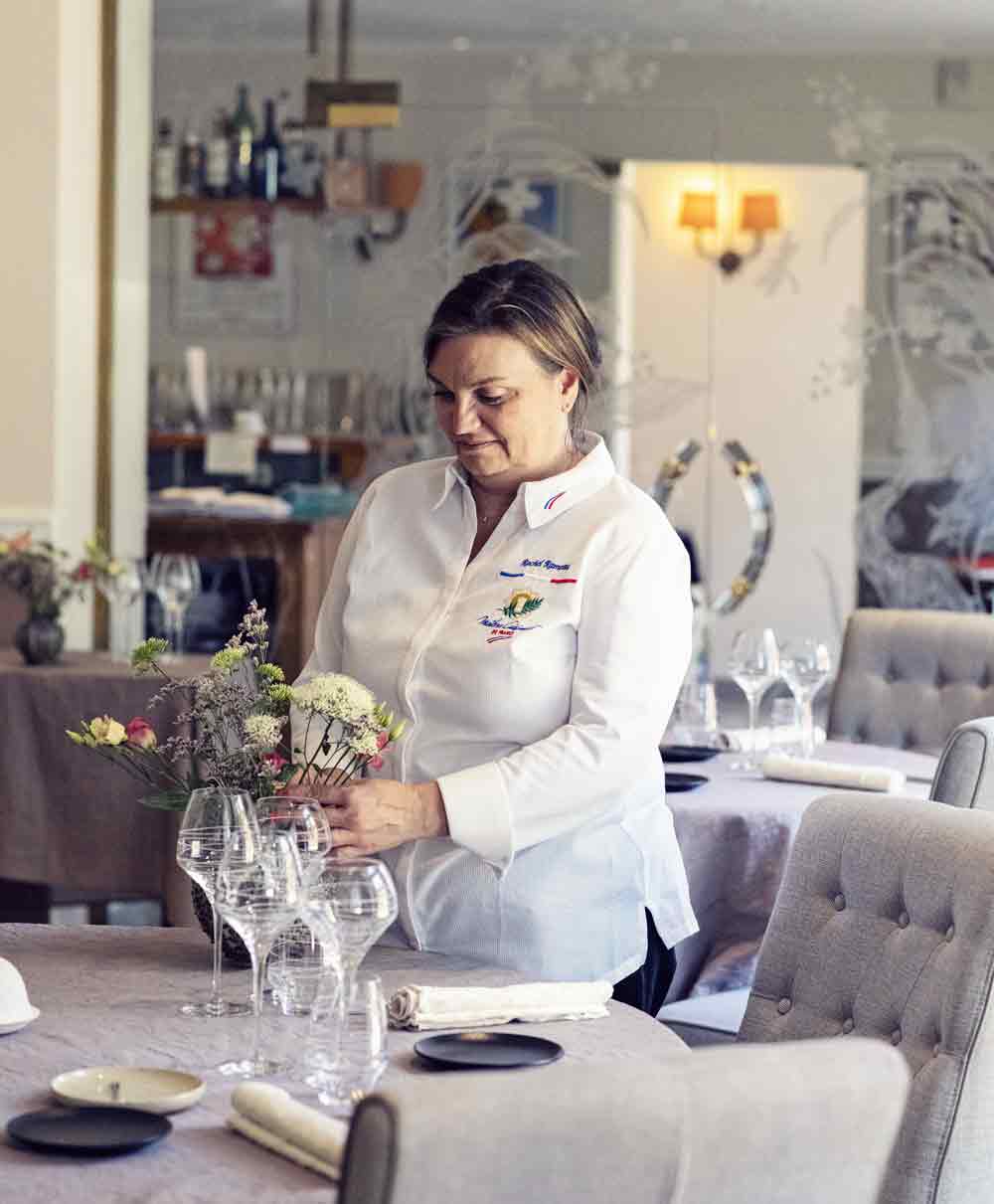 Rachel Rameau can cook. She can cook really well even though she has never had a formal education. Last year, the chef of the restaurant “de Pefferkär” in Huncherange was elected member of the “Association des Maîtres Cuisiniers de France”. Alongside 500 men, she is only the fourth woman to gain this honour. “I am very, very proud of that,” she says. Those who are elected Maître are judged by other top chefs before their election. “And I never formally learned to cook. I don’t have that kind of background. And I don’t even have experience in big kitchens.”

Rachel Rameau, from Sarrebourg in the Lorraine, became a chef in a roundabout way. She studied in Grenoble, planned a medical career and then gave that up, and finally graduated in hotel management. When she could not find work in Grenoble and Lyon, she followed the advice of her parents. “They told me: go to Luxembourg, something is happening there, there is a lot of work to be had.” In Esch, she worked at the reception of the Hotel Renaissance.

There, around almost thirty years ago, she got to know Claude Rameau, the son of a Frenchman from the Vosges and a Luxembourgish woman. Claude Rameau left France to see something of the world. He reached Luxembourg: “Why should I continue on when I had found everything here? This kind of quality of life cannot be found elsewhere.” Gault&Millau nominated him as “Sommelier of the year”. “70 per cent of our clients don’t even look at the wine menu,” he says with pride, “they rely on my recommendation.” He can also help with the explanation of the cheeseboard that carries 35 different cheeses.

Rachel Rameau says she learned to cook all by herself. Simply because she enjoyed it so much. “And every day you can learn something new.” She probably gets her curiosity from her grandmother, who was not rich – her grandfather was a stoker on a steam train. But she always wanted to try something new. And when she heard of caviar for the first time, caviar had to be bought so that she could try it.

“You have to keep developing. I am never satisfied with what I know and what I can do.”

Around just under sixteen years ago, Rachel Rameau and her husband Claude opened the restaurant in Huncherange. “When we started we always said: we want the guests to feel as if they are eating in our living room.”

It all began, very down-to-earth, with a traditional kitchen, with Cassoulet and Choucroute. And in between a few “smaller dishes that required more effort”, says Rachel Rameau. ‘When we saw that these were popular among the customers, we developed this further. By then, I had made many experiences, simply because I worked things out.” Since the beginning, a lot has changed: “You have to keep developing. I am never satisfied with what I know and what I can do,” says Rachel Rameau. She is certain that more women can become chefs: “You have to believe in yourself.”

Today, “de Pefferkär” has its place in the first league of the Luxembourgish gastronomy with 14 points in the Gault&Millau. The menu is changed four times a year; practically every week there is a Menu du Marché, three courses for 45 and four for 60 euros. In the kitchen is also Valentin Rameau, who, in contrast to his mother, learned the trade solely in starred restaurants, and who felt the pull back to the home hearth.

Before the coronavirus pandemic, there was a maximum of forty-four seats in “de Pefferkär”. After the closure, during which Claude and Rachel Rameau took it on themselves to repair some furniture, there were only twenty-eight. And there are no plans to increase them by much in the “new normal”. “We don’t want to change the number much. We will be able to offer an even better service with fewer guests,” says Claude Rameau. One thing stays the same, however: the countless, colourful pictures of the painter Yves Blin that fire the imagination during meals. Blin is Rachel Rameau’s father. “Creativity is important,” she says, “I’m happy to be in the kitchen every morning. It’s a passion.”

Maison Goutal : perfumes of a lifetime